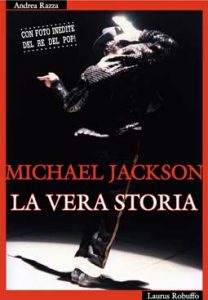 Think you know everything about Michael Jackson? Wait to say after reading this engrossing biography. Around the King of Pop has said everything but never as in this book the mystique that has surrounded Michael Jackson for over forty years was dissolved by the rigor and passion of Andrea race, who in nearly three years of research he reconstructed the private life and the public image of a character that has always made news in good times and bad , Follies, records and made me fall in love with millions of fans around the world. Through interviews, documents and unpublished photos, articles, archival rarity, the author has followed Michael Jackson beginning with the Jackson 5 until the dramatic denouement last June 25, with the untimely death of the King of Pop back on stage in the middle of his artistic world. In the more intimate portrait, updated and documented ever published in Italy, gives us a glimpse into unbridled world Jacksonian reference, accompanies us in Gary where he was born a legend, makes us enter in Neverland, where Michael has composed his masterpieces, tells us so forthright glory, achievements, records, friendships, loves, scandals , the excesses, the false accusations, the trial of the century, the mystery over death … the real story about Michael Jackson. Enriched with precious unpublished photos and assistance granted from the Italian Fanclub, this book is the biography that Michael Jackson deserves … and that fans have been waiting for.