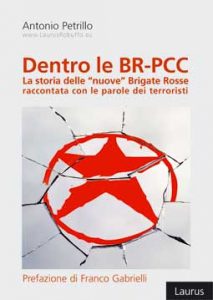 Warning: ksort() expects parameter 1 to be array, null given in C:\xampp\htdocs\laurus_site\wp-content\themes\tempera-child\woocommerce\content-single-product.php on line 67

Warning: Invalid argument supplied for foreach() in C:\xampp\htdocs\laurus_site\wp-content\themes\tempera-child\woocommerce\content-single-product.php on line 69

COD: M-50
Categoria: History and Biography of the Police Forces

Many books have been written about the Red Brigades. This is a “different” book, edited by a “person in the know”, which traces the history of the Nuclei Comunisti Combattenti (Nucleus of Fighting Communists) – the “new” BR-PCC of Nadia Lioce and Mario Galesi – through the words of the same brigade members. A dramatic story, “told” by militants of the BR-PCC with their organisation documents, with their responsibility claiming leaflets, with their statements issued after their arrests; a patchwork which includes extracts of procedural documents and judgments. A work realized only thanks to the huge number of documents seized during the investigations. For nearly 40 years, “Red Brigades for the construction of the Fighting Communist Party ” is an acronym that coincides with the history of terrorism in Italy: the hope is that a full understanding of the phenomenon, its main players, their modus operandi, organizational structure, ideological creed might even remotely contribute to the prevention of a future resurgence of terrorism.