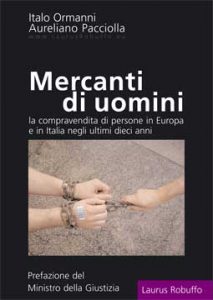 Crime earns there where there is to exploit a State of need and in this age of migrations generated almost always by the need to escape persecution or to escape from a life of hardship, criminals find a fertile ground to trade in humans: children, women, transsexuals are considered objects; men, seen only as arms. How has addressed this issue in Europe and in Italy? What tools are available, over the past ten years, to combat this crime and what more could be done to combat traffickers and slavers? In the first part of the book shows the Europe agreements and the initiatives taken to combat and prevent trafficking and to assist victims. In the second part are stories of trafficked victims and executioners traffickers obtained from police reports, excerpts of criminal proceedings, the experiences gained from the voice of the victims. Purpose of the work is to contribute to the training of legal practitioners, law enforcement officials, psychologists and sociologists who want to engage in this hard work but also the bearer of human gratification.