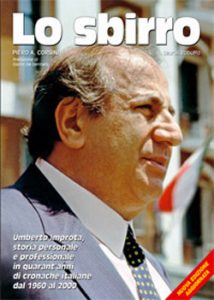 The Genoa clashes of the ‘ 60 to notice of Silvio Berlusconi in Naples; from piazza Fontana to the Moro case, from crime to the Bologna massacre Occorsio: there is virtually no episode, over the last 40 years of history of the Country over which we have explored Umberto Improta, class of 1932, head of the political office in Rome, then at the DIGOS and finally to the Prefecture of Naples. A COP at the center of the most sensational in the history of Italy, a privileged witness of the most restless in our history. After a brief illness, Ibrahim passed away on January 28, 2002: exactly twenty years earlier, on January 28, 1982, with a blitz that had made history, had freed the General Dozier, prisoner of BR in an apartment in Padua. But, through his life and his investigations, the COP-that Ibrahim had finished to review just a few days before his death–is also an Italian tale of society and customs of these forty years living aboard a «Volante» police.